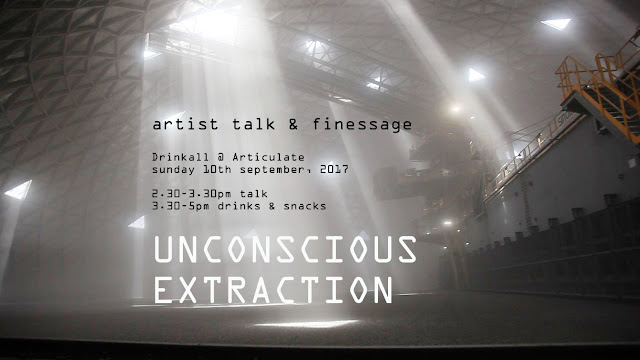 ROOMSHEET
In some EcoDome works I am exploring the sphere of the earth as it relates to the rounded skull and the brain, inspired by both late conceptual artist/architect Juan Downey’s exploration of telepathy of invisible architecture as well as the telepathy aesthetics of Buckminster Fuller’s utopian work with dome structures. I seek to generate poetics for examining the psychopathologies and telepathologies of human existence embedded within the utopian/dystopian energetic feedback loop generated between humans, cosmic (earth/sun/moon/fruit/ball-bearing) spheres, and the automation of both extraction machinery (e.g. of cement and coal; normcore-punk touristic spectacle; and surveillance information and data accumulation) and psychical processes.

In Auto Bio Geography a German book titled ‘Humanbiology’ found on the street near the Berlin gallery Eigen+Art has been cannibalized and combined with the terrain of maps of the world to create a series of fifteen abstracted humanoid figures.  This work continues my interest in geography, geology and the way humans extract resources from the earth. A roboticised Franksteinian Body-Without-Organs (BWO) figure emerges from reconfigured rectangular, data-abstracted, documentary and illustrative images cut from this Humanbiology book, with the spine of the figure aligned to the equator switched to a vertical axis. Most images are reproduced in a rectilinear format, providing readymade pixilated units from which to construct basic head, limbs and torso. Placing a foot or a limb on the map with a diagonal inflection helps animate the emerging roboticised form. Each robot reconfigured from human body parts has an uncanny unique personality, pointing to futuristic subjectivities. The extended cognition of humans creates automated robots that are literally taking over the earth. Extraction technology is dependent on maps, ability to bring together diverse resources from diverse and far away locations through means of modern machinic automation and transportation. Bruno Latour refers to the extraction methods as a telekinetic modulation and control of resources at-a-distance in his text Science in Action and Action At a Distance.[1]

My works involving weaving with telecommunications wire also reflect upon the automation and a transcended yet materially woven/bound/knotted engagement with the alienation of telecommunications, where connectivity is privileged over collectivity. I have documented the Solstice performance of a conjoined headpiece on the Bow River (Banff), performed by my two friends whom are themselves bound by friendship. Another work combines a head form woven in red telecommunications wires, with the wires resembling veins, with a machinic encephalitic brain with splitting the grey right and left brain hemispheres from which a red length of twisting forms suggest spinal nerve tissues.  Matteo Pasquinellini, an Italian Autonomist/workerist theorist, has a recent text on the machinic encephalitic brain and he also works constantly with Janus headed problems accompanying technology, empathy and autonomised artificial intelligence.[2]

My works exploring dome structures are a metaphor for exploring the extended and social brain and cognitive architecture. The human skull replicates itself upon the spheroid earth, facilitating further automatised methods for extracting, accumulating and processing materials, energies and information. The Exshaw Lafarge EcoDome on the edge of Banff National Park is a shelter for the accumulation of processed rock materials to be used in the production of cement. The geodesic domes of Teufelsberg, or Devil’s Mountain, within Grunewald Forrest of Berlin are now shelters for capitalist hippies and normcore tourists keen to view and shoot (on their cameras) an accumulation of ‘street art’ and graffiti away from the street. The original purpose of the Teufelsberg domes was to house top secret and very expensive USA CIA intelligence gathering equipment such as satellite dishes. The dome as a social brain for automatised accumulation of data and surveillance information is now replaced with a social brain for automatised touristic spectacle. My own recent fascination with spheroid forms met its match at Teufelberg, where disco balls, bathtubs (an elongated half-sphere that I had come to think of as a skull for the body in a work I developed for Saas-Fee Summer Institute of Art) and a range of dilapidated round woks and round saucepans, as well as tourist tours punning with soccer ball play. Round things popped out everywhere at Devil’s Mountain. Nature has long valued spheres for containing concentration of energy resources, world building material and information resources. Oranges and watermelons contain an abundance of fructose, fibre and seeds full of code for biological/botanical information sharing.

How are the solarised images a contributor to my long established interest as an artist in telepathy, going back some twenty-five years? As the title of the show indicates, I am also very much interested in unconscious processes and extraction processes and how they occur together. As humans we use tools to assist our hardwired and automatised need for natural and processed resources. Humans consume and capitalise with and without a conscious thought, and thus this consumption is highly unconscious at times. Telepathy is stretched within a material landscape that is both utopian/dystopian industrial scape and a spectacular almost extraterrestrial mountain. In these black and white photographic images I again focus on the EcoDome, full of Buckminster Fuller energy, radio and telepathy aesthetics, as well as technologies and devices of eco-sensing and surveillance of pollution and particle presences in the air. Are we ‘telepathically urban’ even on the edge of the wilderness at Banff National Park, to borrow Jennifer Gabrys phrase?[3] Maybe we are telepathically industrial, or telepathically capitalist, with technologically mediated telepathy projecting into all the most remote areas of Canada’s vast expanse and more abstractly into Anthropocene consciousness itself.

KENDAL HEYES - To the Borderline 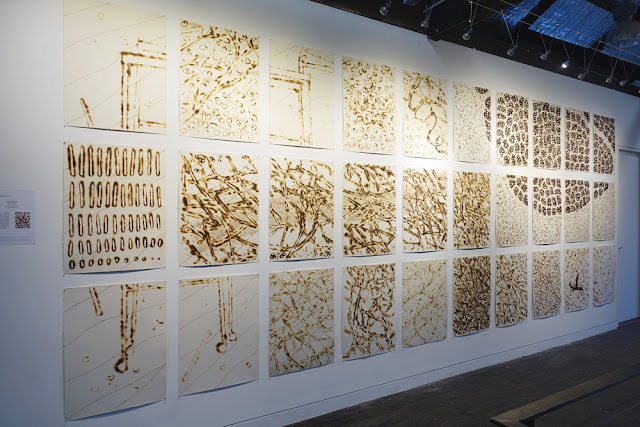