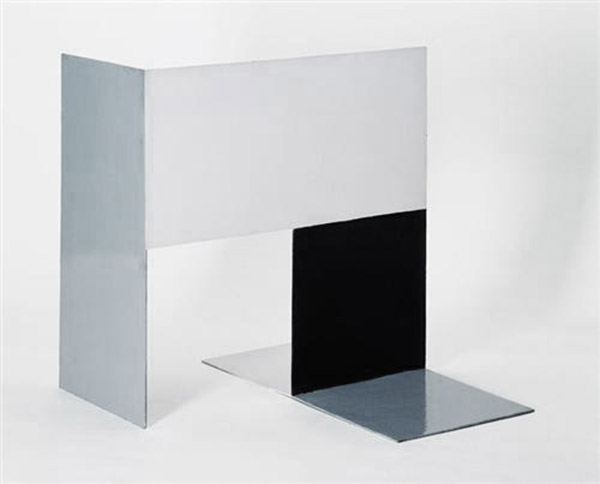 
#8 is the latest of Margaret Roberts' reconstructions of Katarzyna Kobro's Spatial Composition 2 of 1928, made as an enlarged wall drawing. Her seven earlier reconstructions made in 2015 are shown here. She is remaking this work partly because Katarzyna was one of the early constructivist artists who, well before the consequences of the devaluation of place became so apparent in climate change, worked towards its revaluation by giving place an important role in their work. Katarzyna explained her approach to space in 1929 as:
Sculpture is a part of the space in which it is located. [...] Sculpture enters space and space enters the sculpture. The spatiality of its construction, the connection between sculpture and space, force sculpture to reveal the sincere truth of its existence. That is why there should be no random shapes in sculpture. There should be only those shapes that position it towards space by connecting with it.
The 8th reconstruction of Spatial Composition 2 will be made in ash on the existing wall of ArticulateUpstairs. The ash is in part a memorial for the recent loss of the World Heritage-listed ancient Gondwana ecosystem in Tasmania. Much of this area was burned to ash following unusually dry weather and electrical storms in January 2016, each of which scientists attribute to climate change, as you can read here.